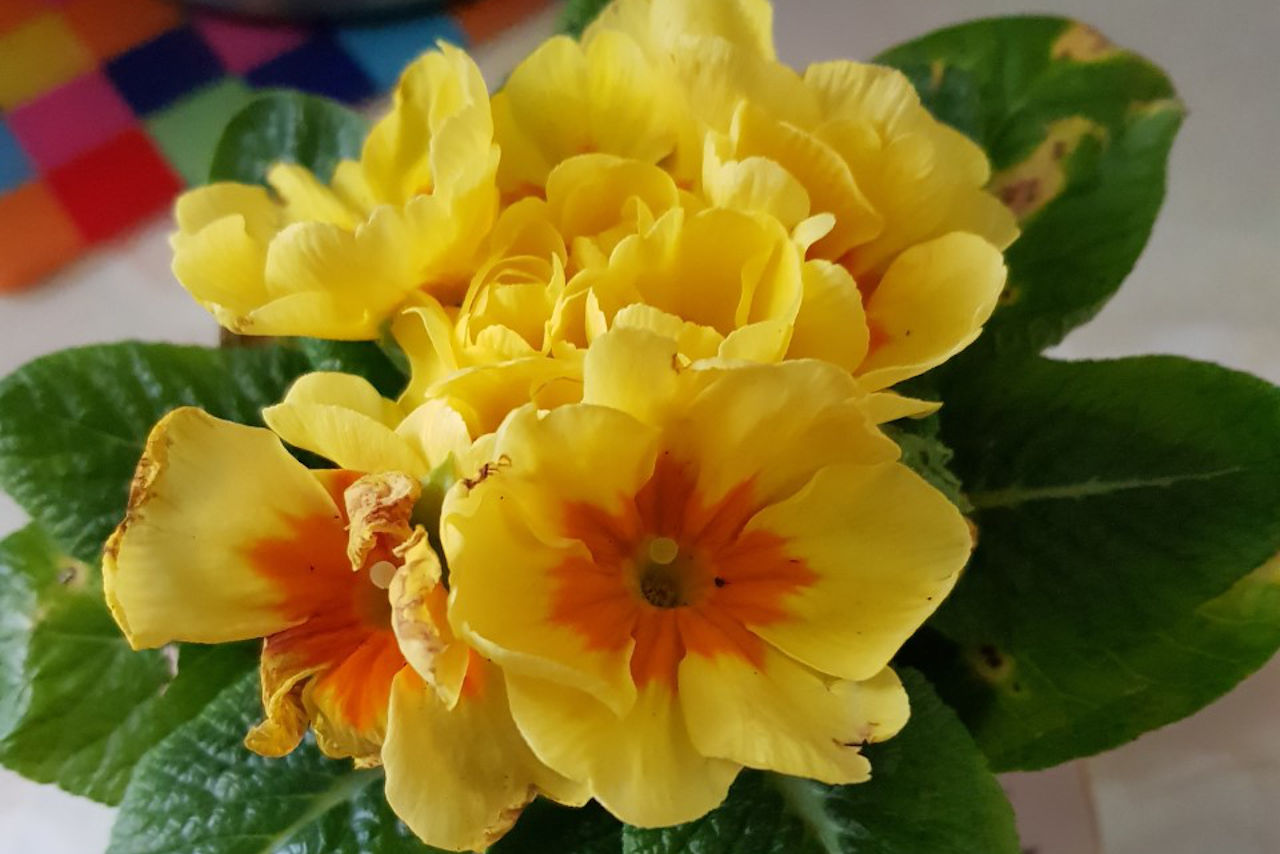 9th March 1974 is a date that changed me and my life forever. I was 17, a very frightened and confused teenager. On that day I had an abortion. The decision was easy I am ashamed to say. It was made out of fear. A fear of what my mother would say and do. Becoming pregnant outside of marriage was not acceptable and I was warned by my parents not to bring trouble to the door. Only I also was not given any guidance, I knew what the “trouble” meant, getting pregnant and I sort of knew how that happened. I learnt that from the school play times. It was what other kids talked about but I doubt any of us really knew the real facts. Sex was not discussed back then as it so easily is today. I don’t remember any classes or teaching at school about relationships and the consequences of having sex and I was extremely naive. I knew very little about sex and relationships, what I did know was from family. I did not have a healthy or nurturing relationship with my mother. This coloured my idea of what relationships were.

I remember the terror I felt when I started my periods, and I tried to hide the fact. I don’t know how old I was but I thought it was something I did wrong and that I was in for trouble. I was scared but more scared of my mum. That was my introduction to becoming a woman, of growing up capable of becoming pregnant.

My mum of course was a product of her generation, of how society was at that time. She did what she knew how to do and she did her best. I do not blame her. The responsibility was mine; the decision to have an abortion mine and mine alone.

If I had thought then that it was the easy way, I was sadly very very mistaken. I know now that I didn’t know the consequences of what I was doing. Sadly, it would be many years before I truly understood but the consequences for me personally were immediate. I hated myself. I carried on as “normal” pushing any feelings deep down believing it was over and I had solved my problem. How very sad I feel at those words that I considered my own baby a problem.

I almost immediately started developing mental health problems, relationship problems. I could not get on with my parents and hated to be alone with my mum. I left home and moved from bedsit to bedsit, job to job. I let people treat me as I thought of myself, rubbish, and I became vulnerable to being used and abused. I was whatever the person wanted me to be, whether that be a boyfriend, friend, colleague. I had no idea of who I was. I would be almost 63 before I knew the answer to that in full.

Over the years I had failed relationships, and had difficulty in settling in anything. I moved around a lot in my 20s, I was restless, sad, depressed and often suicidal. I made poor judgments and disastrous choices. I was diagnosed as bipolar in my 40s.

I avoided all things that involved children, pregnant woman and especially the issue of abortion. I kept my secret and never had any intention of telling anybody.

I am a Christian, and things I have done have grieved me greatly because I have grieved the heart of my heavenly Father. I had great difficulty in believing God loved me apart from the fact I believed the Bible so my thinking was that He loved me only because He had to. The fact that I was forgiven was a very long time in coming. How could He love me, how could anyone love me if they knew what I was really like?

In November 2019, looking at the programme at Penhurst Christian Retreat Centre I saw a forthcoming healing retreat that was about healing from abortion. I kept coming back and reading. I never knew there such a thing as post abortion trauma or healing. I was intrigued. I looked at the details so many times that the thought about actually going started to form in my head. I had grown a lot in the previous years doing a lot of work around recovery. I had counselling regarding the relationship with my mother. Attended healing retreats, I had grown spiritually, mentally and emotionally and had come to a place in life where I was comfortable with who I was apart from my secret. It was always there in the back of my mind and many many times over the years I begged God to forgive me. It never went away.

The idea of the upcoming retreat which was 3 months away grew until I made a deal. If I could tell someone then I would go. I have friends but only two very trusted ones that I could share my secret with. One of my friends had recently lost her beloved husband and I would not burden her. I decided that with the other trusted friend, I would just turn up at her home when I had the courage. I did not make any arrangements to see her as I didn’t know if and when I could actually go through with it. I had also been in contact with Jenny Baines who facilitated the retreat via emails for a while, asking her questions. One Friday in the middle of January 6 weeks before the retreat I turned up on my friend’s door and said there was something I needed to tell her. We sat down and it was awhile before I could actually say the word abortion. It stuck in my throat and many many times I started with the words but could get no further. She held my hand and I said she would hate me and could throw me out, and then I just said it. I was humbled by her reaction – instead of being thrown out I was hugged and cared for. So I could say the word and so I would go on the retreat.

I knew I had never really processed the decision I’d made and I knew I was going to face up to what I had done. This is when the healing started. I brought 3 books all from Christian authors. I started to read, remember, and had weird dreams and flashbacks. It was painful and at times torturous but there was no going back.

The week before the retreat I told my other friend who I consider my sister as we are very close. It was hard as again as I didn’t know what reaction I would get. I know how compassionate she is but would this come between us? Again I was given love, compassion a big hug, understanding. What courage that gave me.

The week before the retreat was due to start I made a list of all I needed to do, and everything on that list was done apart from getting some daffodils. I wanted them to greet me when I arrived home as the date would be the 1st of March, the first day of Spring, my favourite day.

Getting out of the car once there I said to God I’m only going if you hold my hand. Once in the house I had a wobble and didn’t know if I could go through with this. The people there were so so kind and I agreed to stay for the first session after which was a comfort break. I went up to my room for a good cry sitting at the desk. Once I stopped crying I looked up to see daffodils in a vase on the windowsill. I felt it was a gift from God Him saying I am with you. Although I was very angry with myself I knew I had to honour God and see this through and commit to the programme. I was not going to run away. We were asked at that first session for a word that described how we were feeling. I said trapped, not by my environment as I knew I could leave at any time. I was trapped within myself.

We followed a set programme which gave me such an understanding of the coping strategies I had used for years.  All the facilitators there were kindness itself and very compassionate, and the other guests too were kind, supportive and caring. As we worked through the programme there were many tears and triggers for me. The first trigger was we had to think what were the losses we’d experienced, personal and for others. In bed that night I asked God why that had such an effect on me. The answer was that I had lost a part of who I was, my identity. I didn’t know who I was after that day in 1974 and all the bad choices, and judgments, all of it stemmed from that decision.

The second day was again difficult working through issues but understanding came with each session following on like a building block of understanding. There was grief, an acknowledgment that I’d suffered a loss which I had never had considered before, as I felt I had no right. The following day was the biggest for me, I had learnt a lot, so many things made sense and I understood myself and some of the things I had done. I knew God forgives, it’s just hard to accept that when it’s so difficult to forgive yourself. Yet if I didn’t forgive myself wouldn’t that dishonour what Jesus came to do, to set us free? I knew that intellectually. I had a choice and I was faced with that. We did an incredibly powerful exercise where we placed a string in a circle to represent our lives, and placed stones in it, the number according to the people we needed to forgive. We then picked up the stones, and decided where in our lives we wanted to place them now. I realised during the weekend that there were others involved, not least the father who I’d never blamed as I took all the blame. But it takes two and he didn’t care. Then I took up a small heart shape bead that I had placed in the middle of my string circle and spoke out the words “I forgive you” to myself. It was an incredible moment. I went from the word trapped to the word free. Jesus says the truth will make you free. It was always there for me, I just had to accept it. We were given a little baby box which will remain so precious and I brought an infinity bracelet once home for my baby. I will always be sad but the shame and guilt that I have carried around me for so many years are no more.

If you are reading this and wondering whether to attend this, please do. It is so freeing and healing. There is hope and there is compassion and love there for you.

if you are reading this and thinking of having an abortion, please think about that decision. There are other options. I have found that it is not an easy way out. It’s a heart ache that lives with you.